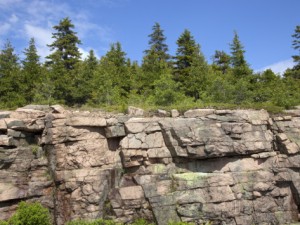 Are we building our ‘houses’ on rock or sand? Are we investing our time, money and the future of our children on rock or sand? Jesus says anyone who hears his words and acts on them is building on rock. Storms of life, lifestyles, manners of behaviour will not prevail. As a nation, are we building futures on rock, or sand which is soft and erodes out from under bringing a collapse. Sand comes from rock, but the rock has been broken…think on that…we cannot build anything of value or stability on that which is broken…it will collapse. Small children learn this young with their experimental building… Yet we as adults are no better, often, and have forgotten the wisdom of time before– we embrace the ‘new improved revelation’ which is often deception wrapped in a pretty package.

So we turn from the eternal, the strong which has weathered storms to a new concept and now we see an imminent collapse. From a natural, inborn desire for life to people who only care for self and even go beyond to a disregard for any life, embracing death.

The spirits of despair, fear, and destruction run rampant among God’s creation. It is time to resist, to embrace God and His Word, to tear down that which will collapse and rebuild on the Rock, the Rock of our Salvation.

One thought on “Rock and sand…”